Add meditation to your mult-itasking!

Meditating prior to undertaking complicated multi-tasking could result in a less stressful and more productive experience, say US scientists.
David Levy, a computer scientist, and Jacob Wobbrock, a researcher in human-computer interaction, studies three groups of human resource managers. The first group underwent eight weeks of mindfulness-based meditation training. The second group had eight weeks of body relaxation training. The third, control, group, had no initial training, but after eight weeks was given the mindfulness-based meditation training.
In a series of stress-inducing multi-tasking office administration and communication tests, both prior to and following the 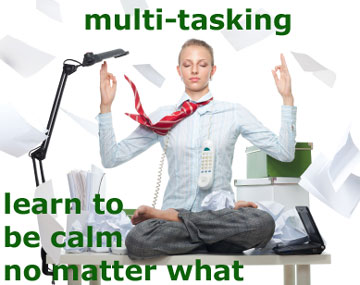 eight-week ‘training’ period, the study subjects’ efficiency was measured, along with their self-reported stress and memory levels.
Levy said ‘To our knowledge, this is the first study to explore how meditation might affect multi-tasking in a realistic work setting.’
Lower stress levels were recorded in the meditation group than in the control or relaxation training groups. This effect was reinforced when meditation was introduced to the control group, with reduced stress levels reported. The meditation group displayed greater concentration on the task at hand and switched tasks less frequently than the control or relaxation groups.
Wobbrock said, ‘Many research efforts at the human-technology boundary have attempted to create technologies that augment human abilities. This meditation work is unusual in that it attempts to augment human abilities not through technology but because of technology – because of the demands technology places on us and our need to cope with those demands.’
‘We are encouraged by these first results. While there is increasing scientific evidence that certain forms of meditation increase concentration and reduce emotional volatility and stress, until now there has been little direct evidence that meditation may impart such benefits for those in stressful, information-intensive environments’ said Levy.

Meditation classes are held Monday evenings at 7pm and Monday & Thursdays at 10.45am at the Wellness Centre Wollongong. All welcome. 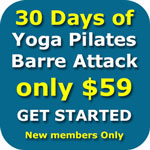